In 1973, having just graduated in Geology, George’s mother suggested he did the Sotheby’s training scheme. He was trained at Sotheby’s and worked for Bonhams auction house before becoming an independent dealer and antiques consultant. For ten years, he was a regional representative for Sotheby’s in Stamford and he has subsequently worked for auctioneers Vost’s in Newmarket and Dreweatt Neate in Banbury, Oxfordshire.

When he’s not in an auction house, George likes nothing more than being out in the countryside with his family. With an allotment, a garden, and a woodland to tend to, there’s always plenty of trees to plant and fruit to pick. His top tip: wild Mirabelle plums are not only delicious, but make excellent gin!

George Archdale is an expert on the BBC Antiques Roadshow. He has been with the Antiques Roadshow since 1981. George’s most treasured memories of his over 30 years on the Antiques Roadshow are the people and places he has visited along the way. From the Scottish Highlands to the Channel Islands, George remembers fondly the extraordinary places he wouldn’t otherwise have visited and the locals who have greeted the Roadshow team with a warm welcome every time. One particular visitor made an impression on George when she brought along a carved rhino horn to the Roadshow in Guernsey. The lady later sold the carving and donated the proceeds to a charity dedicated to saving rhinos. 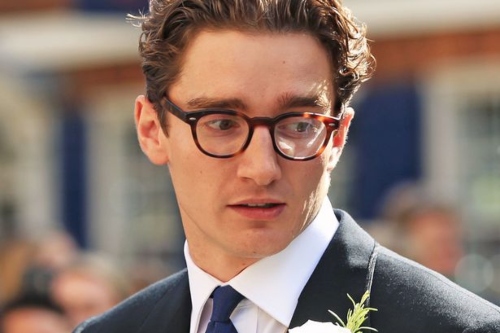