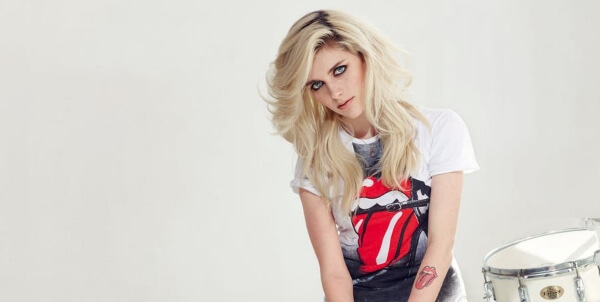 Charlotte Watts is the granddaughter of Rolling Stones drummer Charlie Watts. She is the daughter of the rocker’s only child, Seraphina Watts. Charlotte and her mother have the iconic lips and tongue logo tattooes. Charlotte wears hers with pride on her forearm which compements her ‘sympathy for the devil’ cross and ‘To the stage’ inking on her upper arm.

Charlotte Watts is a model, aspiring artist, and tattoo enthusiast. In her modelling debut for HELLO! Fashion Monthly, Charlotte sports a mix of luxury and high-streets brands including Topshop, H&M, Christopher Kane, Matthew Williamson, Bimba y Lola mixed with some of her own favourite Saint Laurent pieces including her beloved boots from the Babies collection, “I had to get three versions, I love them so much!”

In 2015, Charlotte hit the headlines when her prized £32,000 artic stuffed wolf, called Frostbite, was stolen from her London flat when she took some mischievous guests back to her place after a night out. The wolf was handed into her local police station. Charlotte told HELLO! Magazine: “I’m just very relieved he’s safe and sound…I thought they’d thrown him out the window and went outside expecting to see a crushed wolf. Then I realised they’d taken him. I was so upset.”

Charlotte Watts is the granddaughter of Rolling Stone rock legend Charlie Watts. She talked to HELLO! Magazine about what it’s like to be part of the Rolling Stones clan, saying: “It’s a strange thing to try and look at it from the outside but every now and then it hits me. Everyone says, ‘Where do you watch the show from?’ Everywhere! I have a pass! I can watch it from wherever I want!”

She regularly travels all over the world with the band and her drummer grandfather acting as his de facto PA. Charlotte said she she wouldn’t have enjoyed touring with the Stones back in the more raucous 60s and 70s. “No. I wouldn’t have wanted to see all these people I love doing whatever they were doing back then. I know they’ve lived through it and came out as balanced people but, yeah, I have no idea what they got up to and I don’t want to know.”

It was only when she was ten or 11 that she first realised what it meant to belong to The Rolling Stones dynasty. “Right after A Bigger Bang tour, people started coming up to me asking for signed drumsticks,” she told the Magazine.

“Then it really sank in with the 50th anniversary shows and Lady Gaga was their guest artist. Charlotte and her pals were introduced to Gaga on the tour bus and “it really hit me then how big The Rolling Stones were”.

Charlie Watts’ granddaughter, Charlotte Watts, has a huge amount of affection for her rock legend granddad. She told HELLO! Magazine about her grandfather: “We’re really proud of Pa. He’s just so humble about it [fame]. He’s not all over the place, he’s just so damn cool. It would probably be a different story if we were being chased all the time…I can’t imagine what it must be like for Mick.” 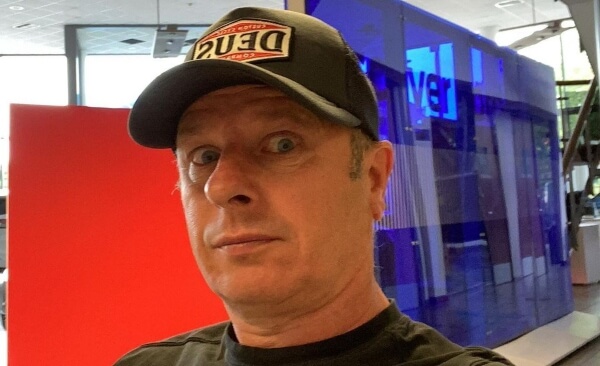